Dear friends and supporters of FASPE,

Since Thursday, February 24th, we live in a different world. Ukraine has fallen victim to a cruel and ruthless war of aggression, instigated by Vladimir Putin. Thousands are dying, hundreds of thousands are fleeing, millions of Ukrainians, Russians and other Europeans are in danger of living under an increasingly dictatorial and brutal regime – a regime that seems even to be willing to risk a nuclear catastrophe. And we are left with the deeply unsettling question, whether this is only the beginning. 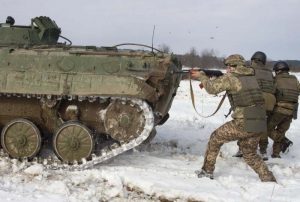 Trying to legitimize the invasion, Russian newspeak has employed a terminology of “denazification” and “preventing genocide” to distort, mislead, and distract from Putin’s own fascist tendencies and cult of violence. FASPE, an organization anchoring our educational work and its reflection on ethical leadership in the study of the decisions and actions that led to the genocidal crimes committed by Nazi Germany, is appalled by this reckless abuse of historical references. Putin “wants to deprive these crucial concepts – Nazis and genocide – of any meaning, to wear them out, to make them impossible to use in a reasonable way. He wants to make it impossible for the Second World War or the Holocaust to provide any sort of general moral lessons.” (Timothy Snyder)

The current discourse on disproportionate attention to the misery of the Ukrainian people is a profound critique that may guide us to greater global empathy. It also carries the risk of alienating us from the suffering of this people at this moment. Amidst the continuing virulence of racist taxonomies in many Western countries, a moment may be given for Ukraine, and we may yet be vigilant against the construction of competitive hierarchies of victim experience. As we respond to the critique with greater insight, let it not subtract from our commitment to act now, in our moral responsibility vis a vis Ukraine, and to take decisions and implement policies that might be costly in the short run, but are indispensable in the long run.

Freedom comes at a price. Political leaders as well as business executives, legal experts, and all professionals need to focus on the ethical dimension of the current moment. As we seek tools to bring down a tyrant - who is threatening Europe and the world with more military violence – we must not seek clever means of circumventing sanctions and, more, we must act however possible beyond the government-imposed sanctions. Neutrality is not an option. “Who remains a passive bystander while witnessing a military rape is guilty.” (Robert Habeck)
There is no reason for self-congratulatory complacency. For too long, European, but also American elites have placated and courted Putin and his oligarchy, often pursuing their narrowly defined self-interest. And as Samuel Moyn recently has pointed out, America has undermined and weakened notions of a “rule-based international order” for decades, by allowing itself the use of force and ignoring these rules as it saw fit.
Professionals have a particular ethical responsibility to lead and to steer their communities out of delusional and potentially deadly imperial fantasies. There are ways in which FASPE alumni can help now, in their roles as professionals, including as lawyers by volunteering to help process refugee cases or, as business professionals, ensuring that their companies abide by their lofty pronouncements put out by their PR departments.
Nations are ultimately built on stories. The stories of Ukrainian bravery give resolve not only to Ukrainians but the whole world. We can all be inspired to dare to do something, whether it is to make a donation, welcome refugees, or help with the struggle online. The war in Ukraine will shape the future of the entire world. If tyranny and aggression are allowed to win, we will all suffer the consequences. There is no point to remain just observers. It’s time to stand up and be counted. (Yuval Noah Harari, The Guardian, February 28th, 2022) 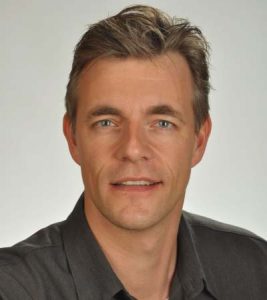