Cravath, Swaine & Moore LLP, has been known as one of the premier U.S. law firms for nearly two centuries. Each of its practice areas is highly regarded, and Cravath lawyers are recognized around the world for their commitment to the representation of their clients’ interests. The Firm advises many of the world’s leading companies on a range of transactions, including mergers, acquisitions, takeover defense, governance, capital markets and commercial banking. Cravath also represents clients in trials and appeals in federal and state courts, in domestic and international arbitrations, before administrative agencies and regulatory authorities, and in virtually every other type of proceeding, including investigations.

Since its inception, Cravath has been committed to improving the law and the legal system by counseling those unable to afford representation. The Firm’s pro bono program addresses numerous issues, including criminal, civil and asylum proceedings. Cravath also has longstanding relationships with leading public service organizations and remains dedicated to directing its talent and resources to pro bono work. As the business of law has changed over the years, Cravath has distinguished itself by upholding its founding core principles. FASPE recognizes Cravath for its unwavering responsibility and dedication to excellence, client service and the community.

Accepted by EVAN CHESLER, Chairman, Cravath, Swaine & Moore LLP
Evan R. Chesler is recognized as one of the country’s leading litigation attorneys and serves as Chairman of Cravath, Swaine & Moore LLP. He has broad experience in both trial and appellate courts and has tried numerous cases in federal and state courts throughout the country. Mr. Chesler is a fellow of the American College of Trial Lawyers, the International Academy of Trial Lawyers, the American Bar Foundation and the New York State Bar Foundation. He also serves as President of the Institute for Judicial Administration, Chairman of the Board of Trustees of the New York Public Library and Trustee of the Supreme Court Historical Society. Mr. Chesler received his law degree cum laude from New York University School of Law, where he received numerous academic awards for excellence. He has also been recognized by numerous philanthropic and community organizations, including the American Jewish Committee, the Anti-Defamation League, the Atlantic Legal Foundation and the UJA-Federation of New York. 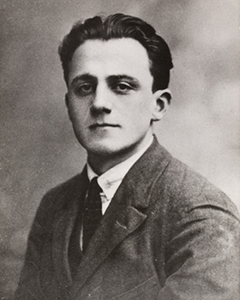 Emanuel Ringelblum was a Polish-Jewish historian, teacher and social activist interned in the Warsaw Ghetto during World War II. In the Ghetto, Ringelblum continued his pre-war community activism, forming a clandestine research team known as Oneg Shabbat. With total secrecy and at significant risk to their lives, the team collected thousands of documents, diaries and other materials, to form an underground archive of the Warsaw Ghetto. Their goal was to record conditions imposed by the Nazis in the Ghetto and beyond and Jewish responses. Shortly before the liquidation of the Ghetto, Ringelblum and the Oneg Shabbat group buried the materials in the hopes that they would ultimately be discovered. The materials were recovered after the war. In 1943, Ringelblum and his family went into hiding in a bunker outside the Ghetto. In 1944, the bunker was discovered, and all the Jews hiding in it were executed. The Jewish Historical Institute in Warsaw, which now houses the Oneg Shabbat archive, is named in his memory. FASPE recognizes Emanuel Ringelblum and Oneg Shabbat for their courage and prescience. They were the true ethical documentarians of their time, risking their lives to obtain contemporaneous reports as accurate and irrefutable proof of catastrophic historical events.

Accepted by MARIAN TURSKI, Deputy Chair of the Association of the Jewish Historical Institute of Poland; Chair, POLIN Museum Council; Deputy Chair, International Auschwitz Committee; Member, International Auschwitz Council
Marian Turski was born in Druskieniki, Poland in 1926. He grew up in Lodz and was interned in the Lodz Ghetto, where he was a member of an underground organization. He was subsequently deported to Auschwitz-Birkenau and then to Buchenwald. Mr. Turski survived the war, including two death marches in 1945, to become a distinguished historian, journalist and activist. For more than half a century, Mr. Turski was an editor and writer at the Polish weekly Polytika. He has devoted his energies for 70 years to the accurate and reflective memory of the Holocaust.  He was awarded Poland’s Commander’s Cross with Star of the Order of the Rebirth of Poland and the country’s Medal for Merit to Culture, as well as France’s National Order of the Legion of Honor and Germany’s Federal Cross of Merit.

Presented by BARBARA KIRSHENBLATT-GIMBLETT, Chief Curator of the Core Exhibition, POLIN Museum of the History of Polish Jews; Professor Emerita of Performance Studies, New York University
Barbara Kirshenblatt-Gimblett’s books include Destination Culture: Tourism, Museums, and Heritage; Image Before My Eyes: A Photographic History of Jewish Life in Poland, 1864–1939 (with Lucjan Dobroszycki); They Called Me Mayer July: Painted Memories of a Jewish Childhood in Poland Before the Holocaust (with Mayer Kirshenblatt), The Art of Being Jewish in Modern Times (with Jonathan Karp) and Anne Frank Unbound: Media, Imagination, Memory (with Jeffrey Shandler). She has received honorary doctorates from the Jewish Theological Seminary of America, the University of Haifa and Indiana University, as well as the Officer’s Cross of the Order of Merit of the Republic of Poland for her contributions to POLIN Museum, and she has been elected to the American Academy of Arts and Sciences. 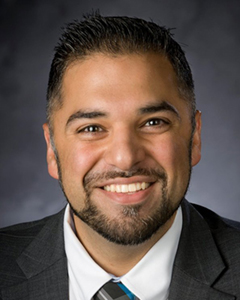 Chaplain Adeel Zeb is a Muslim chaplain, interfaith scholar and TEDx speaker. He currently serves as Co-University Chaplain at the Claremont Colleges.  Among prior positions, Chaplain Zeb was the Muslim Chaplain/Director of Muslim Life at Duke University. He is now the first Muslim and first South-Asian president of the National Association of College and University Chaplains.

Chaplain Zeb has spoken on Capitol Hill, at the U.S. Department of State, at President Obama’s Interfaith Summit, in the Sultanate of Oman and at numerous faith-based centers globally. He is a contributor to the Huffington Post and has been featured in The Washington Post, Time Magazine, Buzzfeed, and on CNN and NPR.  Chaplain Zeb has certifications in conflict management and mediation from the U.S. Institute for Peace, with degrees from Baylor University, Arees University and a master’s in Islamic chaplaincy from Hartford Seminary. He was recently nominated by the El-Hibri Foundation for its annual Peace Award.  FASPE recognizes Chaplain Zeb for his commitment to the ethical role of clergy within their religious communities and in the larger religious and civic communities.

Presented by NANCY ANGOFF, MD, MPH, M.Ed., Associate Dean for Student Affairs and Associate Professor of Medicine (Internal Medicine), Yale University School of Medicine
In addition to her administrative, teaching and clinical responsibilities at Yale, Dr. Nancy Angoff is deeply engaged in the intersection of medical education, the professional role of doctors and biomedical ethics. Dr. Angoff is the recipient of the Leah M. Lowenstein Award for representing the highest degree of excellence in the promotion of humane and egalitarian medical education. Dr. Angoff serves on FASPE’s Board of Directors.