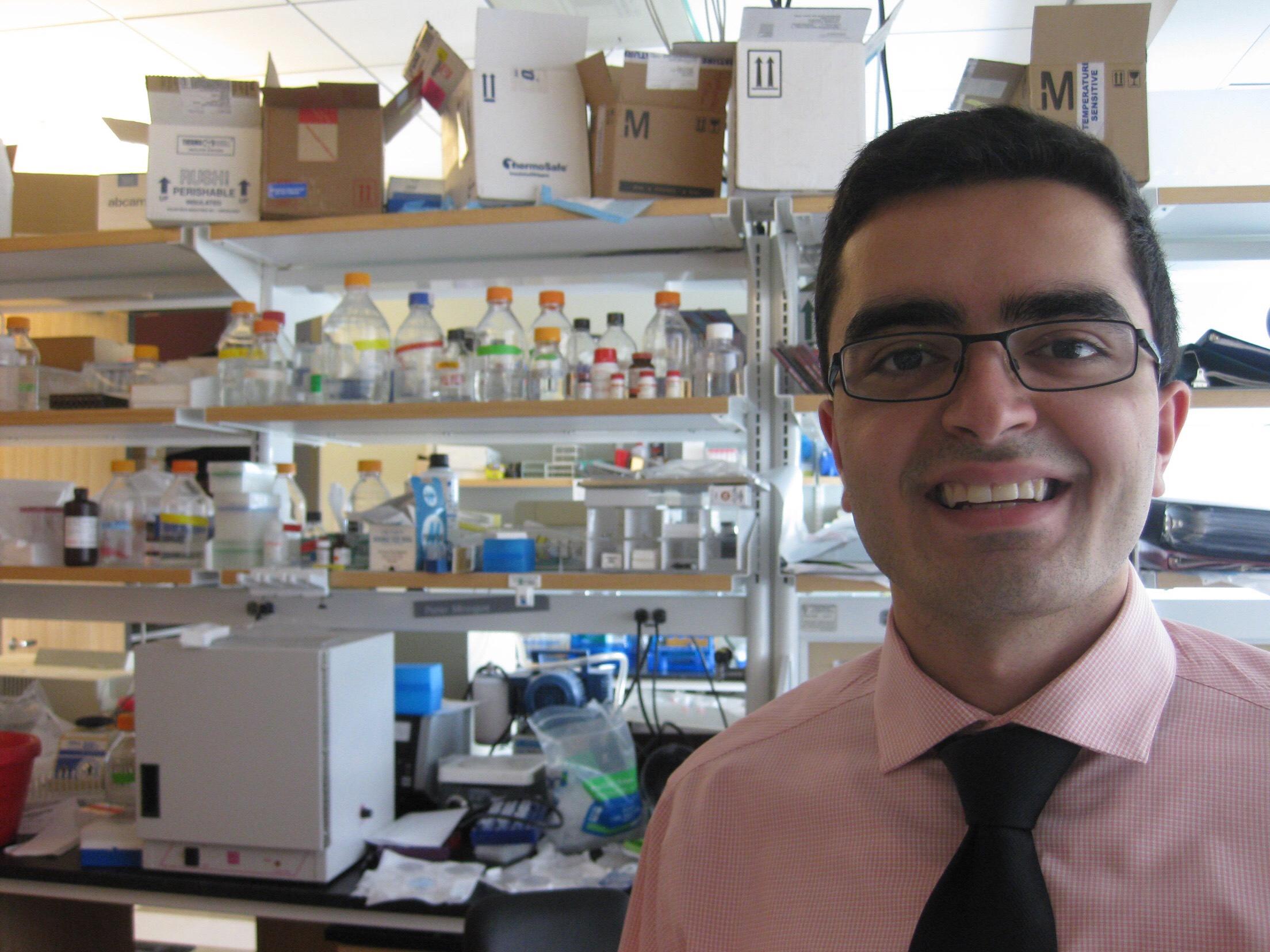 When Hasenin Al-khersan was a medical student at the University of Chicago’s Pritzker School of Medicine he witnessed a resident botch a procedure. “The patient did not up end up getting harmed,” said Al-khersan, “but it was clear to me that there needed to be some sort of intervention in terms of training to avoid patient harm in future cases.”

Al-khersan struggled with whether to report the incident. He did not wish to be seen as a “rat,” he said, but he also knew he had a responsibility to speak up. In the end, he did report what happened, and he attributes this decision in part directly to the training he received as a FASPE fellow.

“My time with FASPE certainly played into my thinking,” said Al-khersan. Medical students are under a great deal of pressure not to overstep their place within the professional hierarchy. “People are holding sway over you,” he said, “so it can be easy to brush off such a situation and not say anything, because it may impact you negatively. FASPE gave me more of an awareness of these conflicts, and once you are aware of them it is harder to ignore them and just be quiet.”

Al-khersan, who is currently doing a general residency as part of the Transitional Year Elective Residency Program at MacNeal Hospital in Chicago, attended the FASPE Medical program in the summer of 2014, following his first year of medical school. He received his medical degree from Pritzker this past May, and in July 2018, he will start a residency program in ophthalmology, his intended field of practice, at the University of Miami’s Bascom Palmer Eye Institute, a leading ophthalmic clinic.

While he was a medical student, Al-khersan trained at the hospital associated with the University of Chicago, which is located on the city’s south side, home to a largely economically disadvantaged and underserved population. There, said Al-khersan, he experienced firsthand some of medicine’s key challenges: chronic diseases that have gone untreated because of a lack of access to care, distrust of the medical profession because of a history of past abuses, and issues in obtaining informed consent from patients when performing a procedure.

Al-khersan credits his FASPE experience with heightening his awareness of these issues and the ethical dilemmas they present. “I paid more attention to such matters throughout medical school, because we discussed them at FASPE, and I had them in the back of my mind,” he said.

Broadly speaking, FASPE made me more intentional about the way
'I approached my medical training to look beyond the science of it.'

In particular, Al-khersan’s approach to informed consent has been shaped by the lessons he took from FASPE. Properly obtaining consent means being able to answer questions and explain possible complications as well as alternatives to treatment. This takes time, noted Al Khersan, and therefore physicians often ask students or less experienced residents to obtain consent in their stead. Students and residents, in turn, feel pressure to comply, even when they do not feel properly prepared. Yet, Al-khersan said that he could recall numerous instances in which “I definitely said ‘no,’ because I didn’t feel comfortable, either because I am not doing the procedure myself or it is one that I have not seen multiple times.”

“Broadly speaking, FASPE made me more intentional about the way I approached my medical training to look beyond the science of it,” he added.

More broadly speaking still, FASPE impressed upon Al-khersan an awareness of the larger context in which medicine is practiced and that many of the issues physicians face are symptoms of greater societal problems.

One of Al-khersan’s most vivid recollections from the program, he said, was of a parable told by Dr. Mark Mercurio—one of two FASPE faculty members who led the 2014 Medical program—about a man standing at a riverbank who sees one drowning person, then another and another float by. Each time, the man goes in to rescue the person drowning until he decides to walk upstream to see what is going on. There he finds that someone is pushing them all into the river.

“Shortfalls in education, shortfalls in social services, and economic disadvantages all manifest themselves in medical problems,” said Al-khersan, “so there is a tension between treating those problems and our responsibility as physicians to look for the underlying causes.” A lack of access to care and underrepresentation of underserved populations in medical research are two of those underlying causes that FASPE emphasized.

Al-khersan was also no stranger to such issues when he started his medical training. His experiences around a lack of access to care were, in fact, one of the things that drew him to the field at a young age.

'I saw the impact he had and the joy he had coming to the hospital.'

Al-khersan, who was born in Baghdad, left Iraq with his family several years after the First Gulf War when he was four years old. The family first lived in New Zealand before moving on to Detroit when Al-khersan was nine. Al-khersan’s maternal grandparents, however, only left Iraq in the mid-2000s shortly after the Second Gulf War, and as a consequence of conditions in the country at the time Al-khersan’s grandmother did not receive proper care for her glaucoma, a chronic condition damaging the optic nerve, which, if left untreated, can eventually lead to vision loss.

With his parents busy at work, it fell to Al-khersan to accompany his grandmother and serve as translator at her ophthalmology appointments once she moved to the U.S. He was around 11 at the time and continued doing so for a number of years. “Seeing the impact that her physician had on her quality of life and the relationship that formed between her and her ophthalmologist,” he said, sparked his interest in medicine and ophthalmology specifically.

Al-khersan was also drawn to medicine by the example of his father, himself a physician who still practices in the Detroit area. “I saw the impact he had,” said Al-khersan, “and the joy he had coming to the hospital.”

Since his time with FASPE, Al-khersan has received several other distinguished fellowships and awards. In his second year in medical school, Al-khersan was one of four students in his class at Pritzker to be selected as a Student Scholar with the University of Chicago’s Bucksbaum Institute, which focuses its work on the doctor-patient relationship. In 2016, he was named as that year’s Koch Kellan Scholar by Paragon BioTeck, Inc. in recognition of his work as a graduate medical student in ophthalmology. This past April, Al-khersan spent a month at the Vienna General Hospital in Vienna, Austria, with a Max Kade Clinical Clerkship. And in June, he received an Excellence in Medicine Leadership Award from the American Medical Association.

Al-khersan’s concern for the larger societal forces at play in medicine has also sparked an interest in advocacy, and he is currently participating in the Advocacy and Outreach Expert Development Pilot Program with the Association for Research in Vision and Ophthalmology.

Al-khersan wanted to spend his residency at the Bascom Palmer Eye Institute in Miami in part, he said, because it would allow him to continue working with an underserved population. For the future, he plans to remain at an academic institution combining research with clinical work. Eventually, he would like to balance this with a role advocating for patients and medicine in general.

“FASPE definitely transformed my perspective of my role in medicine in the future,” concluded Al-Khersan, “My first duty is to become a really good clinician, but FASPE impressed upon me a larger responsibility too, especially now.”